Le Gaboteur is the only written media of information in French in Newfoundland and Labrador. Launched in 1984, it is now published 20 times a year, in print and electronic versions, by the non-profit organization Le Gaboteur Inc. and has a growing presence on the Web, through its website www.gaboteur.ca, Facebook page and Twitter feed.

Its content is the result of a sustained collaboration between its permanent team and many freelance journalists and photographers working in several regions of the province, particularly those where Francophones live. We also publish reports prepared by the Association de la presse francophone, of which we are members, as well as by the Agence Science-Presse. 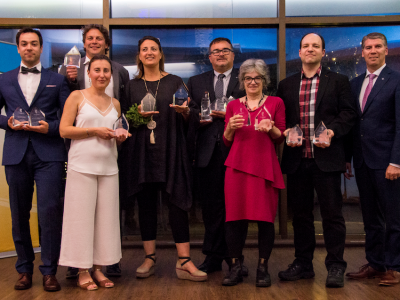 The Gaboteur is distributed mainly by individual or group subscription. Several options are available on its website. It is also possible to purchase current editions on the Pressreader platform.