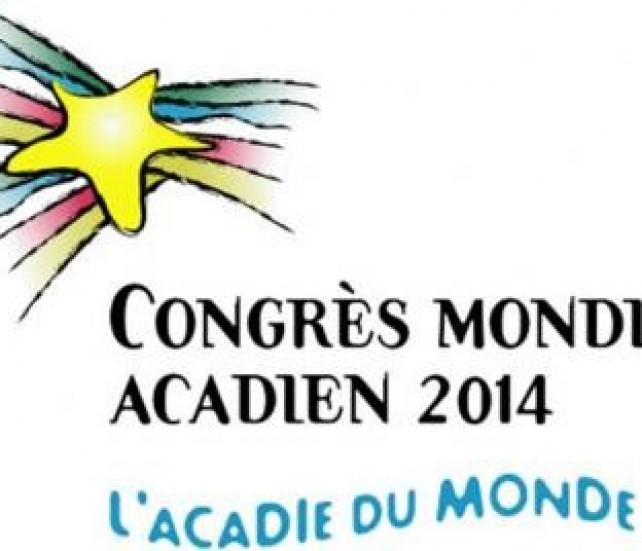 Pohénégamook (Qc) – The Société Nationale de l’Acadie launched the registration period of the third edition of the Grand Youth Rally (GRJ) today, the official youth event of the Congrès mondial acadien 2014 to be held from August 12 to 17, 2014, in the town of Pohénégamook, in the Témiscouata region of Québec.

In collaboration with the « Commission Jeunesse de l’Acadie », the GRJ 2014 will allow 300 Acadian and French-speaking youths from the Atlantic Provinces, Québec, the Canadian French-speaking youth, Maine, Louisiana, as well as France and Belgium to get together to discover Acadia of the world. The GRJ is an event designed by young people for young people to allow the participants to discover Acadia as an essential component of the Canadian mosaic as we know it today. The main objectives of the GRJ are to enable exchanges between French-speaking youths from different backgrounds, to encourage participants to think about their future and to reinforce the importance of the French language in their minds.

“The Grand Youth Rally is a flagship event of the Acadian youths which proposes to its participants a profound and unforgettable experience.” explains Céleste Godin, Interim Vice-President, Société Nationale de l’Acadie and youth advisor. “During the five days of the GRJ, which is at the heart of the Congrès mondial acadien 2014, this activity will offer to young Acadians and French-speaking youths a privileged environment where they can develop strong ties between themselves and foster sustainable thoughts that will allow them to tame their place in today’s Acadia”, added Ms. Godin.

Revolving around three components, the arts and culture, leadership and politics, the program of the GRJ will be fueled by cultural activities, meetings, and shows that will allow the participants to discover the host city as well as the fifth Congrès mondial acadien.

“The involvement and development of our youth is a priority for us. Of course, the Grand Youth Rally constitutes the key element, but we also wish youths will actively participate to all activities of the CMA 2014. We are pleased to see that they will take their place in the festivities and be part of the reflections which will take place this summer.” mentioned the president of the CMA 2014, Mr. Émilien Nadeau.

The town of Pohénégamook is, for its part, pleased to welcome home one of the largest youth rallies in Acadia. "The Grand Youth Rally is an event that will open a large window on Acadia of the Lands and Forests allowing French-speaking youths to share their creativity while exchanging on subjects as diversified as politics, economy, culture, and entrepreneurial succession, thus strengthening the ties between neighbors from northwestern New Brunswick, Maine and Québec. A programming aimed at establishing sustainable ties and the preservation of the French language. Acadia of the Lands and Forest is your home in our home!” indicated Mrs Louise Labonté, Pohénégamook’ mayor.

All youths between the ages of 12 to 25 in possession of a valid passport may subscribe to the GRJ 2014. The people interested are invited to consult the event’s program and to fill-in the online subscription form that is available on the web site www.grj2014.com. The deadline for registration is April 30, 2014.

About… The Société Nationale de l’Acadie is a non profit organization uniting the four French speaking associations advocating for Atlantic Provinces as well as the four youth associations. The SNA has affiliated members in the Atlantic Provinces, Maine, Québec, France and Louisiana. Its mandate is to represent Acadian people in the Atlantic, National and International arena.

The Congrès mondial acadien is a five-year rally that reunites the Acadian diaspora from around the world. Several activities will be offered during more than two weeks, from August 8th to 24th, 2014. The event builds on the commitment of the community, providing them with an opportunity to illustrate its culture, its heritage and attractions.

For mors information or for an interview, please contact :