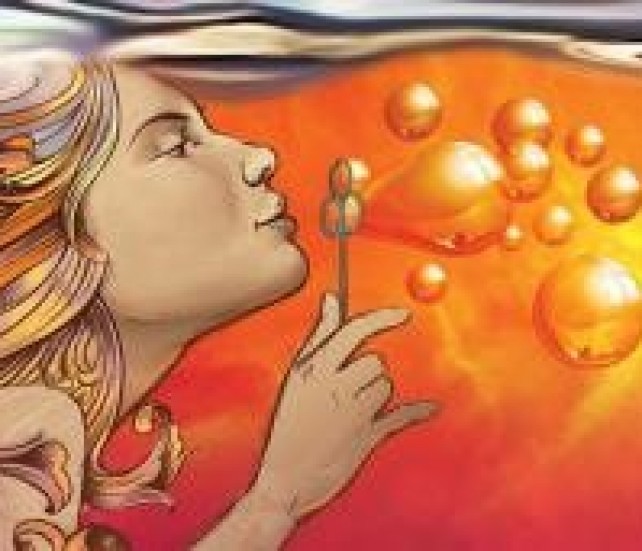 The 18th edition of the Rendez-vous de la Francophonie presented in 3D!

The 18th edition of the Rendez-vous de la Francophonie presented in 3D!

Ottawa, January 7, 2016 - The Canadian Foundation for Cross-Cultural Dialogue is proud to announce the colors of les Rendez-vous de la Francophonie (RVF) 2016. For its 18th edition, les RVF will be held from March 3 to 23, 2016 under the theme

Canada is unique from other countries in its shared values. Les RVF will emphasize this set of values in three dimensions during its 2016-2018 triennium edition.

Diversity: Since the Indigenous peoples hosted the first explorers and newcomers, Canada has been recognized as a welcoming land of peace. The desire to build a better life together is an essential value of our country. This basic desire connects us to each other. Les RVF wish to celebrate this experience.

Duality: Based on an historic agreement, the official languages ​​of the country reinforce the concept of diversity and acceptance. Support for linguistic duality is a demonstration of what makes Canada unique, which strengthens the country’s appeal. Les RVF want to help boost that support.

Dynamism: Francophone and Acadian communities across the country, integrated in their surroundings, demonstrate innovation and imagination that energize our economy and culture. It is this added value that Francophones, Acadians and Francophiles want to share with all Canadians. Les RVF wish to demonstrate this vitality.

Les RVF are proud to present their two spokespersons for the 2016 edition, Elisapie Isaac and Mario Jean:

Elisapie Isaac, a trilingual singer, was born of an Inuk mother and a father from Newfoundland. For her, the North is not on the other side of the world; it is rather the center of it. Great singers are, above all, great communicators. Elisapie holds this precious faculty to inspire others, shedding light on some unfortunately ignored realities.

Mario Jean, humorist, has quickly and for a long time carved out an important place in the hearts of Francophones. With over 1200 performances to his credit and an audience of almost a million, Mario has become a fixture of the comedy scene. His unique and unifying humor touches upon subjects that we all recognize and relate to.

The visual of 2016 invites us to discover a new dimension of the Francophonie. It invites us to go beyond our perceptions, to immerse ourselves in order to better appreciate, in short, to cross a threshold beyond which we can make discoveries and enrich ourselves culturally.

The top of the poster represents the water surface, which, despite the beauty of its hues and rhythmic undulations of its waves, only hints at all the beauty and the wealth that lies beneath the surface. This is one aspect of the Francophonie. One can contemplate and admire it from afar, or engage in it and dive in.

In the center of the poster, we literally plunge below the surface, and that's when we discover the Francophonie personified, alive and in all its splendor. She blows bubbles that start to drift, carried by the current to other communities. These bubbles show the different facets of the Francophonie to be discovered, but they are also a reminder of its fragility, and that we must protect it.

Les Rendez-vous de la Francophonie invite all Canadians to register their activities on the calendar, available at www.rvf.ca/calendar.com. The activities that take place in French, or in both official languages, between 1 February and 31 March 2016 will be accepted. With over 2300 activities listed in 2015, the calendar shows the vitality of Francophone and Acadian communities in Canada.

Each organization entering an activity in the calendar has a chance to win $500.

- The new competition FLASH ton école! is happening this year! All French schools at the elementary and secondary levels in Official Language Minority Communities are invited to participate in a 'flash mob' contest. Four bursaries will be awarded to schools with the best videos, and a trip to Paris for two with $500 of spending money per person will be offered to Canadians who vote for the best video.

- Les Rendez-vous de la Francophonie Just for Laughs Tour returns this year, with over 15 Galas in most provinces. Many new and seasoned humorists will take the stage for an unforgettable evening!

- The National Film Board (NFB) offers film screenings from 3 to 23 Mar, 2016! These screenings can be organized in your community, and some of them will be available online at rvf.ca.

- Les RVF publish blog posts throughout the year on topical issues related to the Francophonie. A Francophone and an Anglophone blogger share their ideas and opinions on les RVF website’s French and English pages.

Les RVF are among the events surrounding the International Day of Francophonie (March 20), organized every year to promote the French language and its many cultural expressions. Since 1998, les Rendez-vous de la Francophonie have been an annual opportunity for Canadian society to celebrate their connection to the French language.

Made possible through the financial support of the Department of Canadian Heritage, les RVF are headed by the Canadian Foundation for Cross-Cultural Dialogue, which aims to promote and support dialogue and reconciliation between the Francophone and Acadian communities and all components of Canadian society.