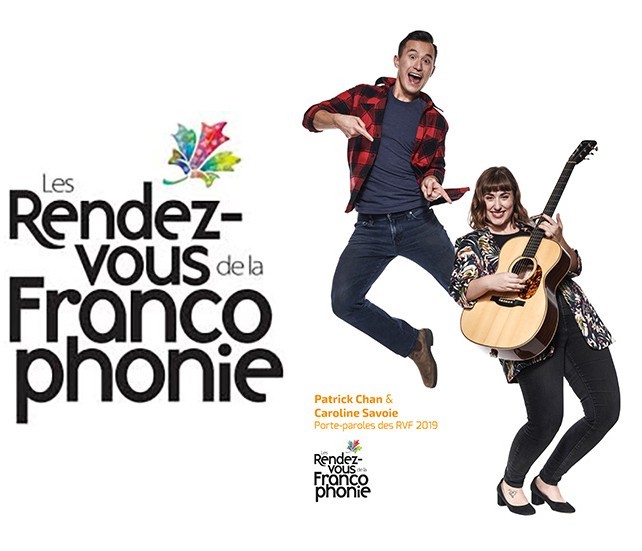 Ottawa, January 10, 2019 - For the 21st year of Les Rendez-vous de la Francophonie (RVF), the Canadian Foundation for Cross-Cultural Dialogue is proud to unveil the key elements of the 2019 edition. This nationwide celebration will take place from March 1 to 31, 2019.

At the Mauril Bélanger Social Innovation Workshop in Ottawa, the RVF unveiled its new poster, created in a distinctively delicate and youthful style. This year's theme highlights the importance of Canada's official languages. That's why the poster presents the Francophonie in a fresh light, as though we were seeing it through the eyes of a child: without preconceptions and, most importantly, with an open mind. 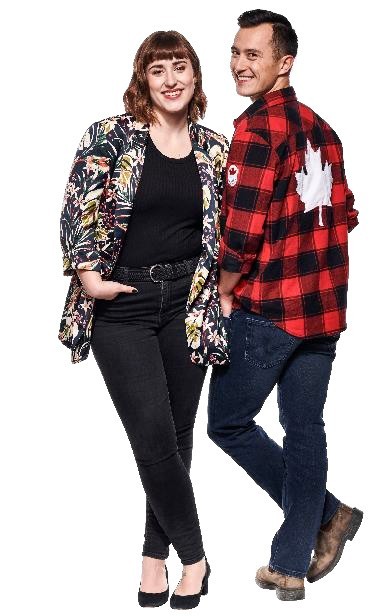 Those who attended the press conference also learned the identities of the 2019 RVF spokespersons: Caroline Savoie et Patrick Chan.

Caroline Savoie is an Acadian from New Brunswick. This young singer-songwriter, who has given over 500 performances in Canada and abroad, wants to share her love of the Francophonie and her culture, and to explore some of the vibrant and diverse communities across Canada.

Patrick Chan is an Olympic figure skating champion. A proud Canadian, he attended a Francophone school in Toronto and now lives in British Columbia. Although he speaks English in his day-to-day life, he is keen to learn more about the various Francophone communities and encourages Anglophones and Francophiles to express themselves in French, even if they have an accent.

Les Rendez-vous de la Francophonie invites all Canadians to visit RVF.ca now to check out the calendar of activities taking place across the country, participate in the contests that are already online, find out the dates of the Humour Tour or plan to take in some National Film Board screenings. Blog posts and videos are also posted daily in the ACTION! section.

The RVF is one of the events associated with International Francophonie Day (March 20), which is organized every year to promote the French language and its multiple cultural expressions. The RVF, which is made possible through Heritage Canada funding, is an initiative of the Canadian Foundation for Cross-Cultural Dialogue.