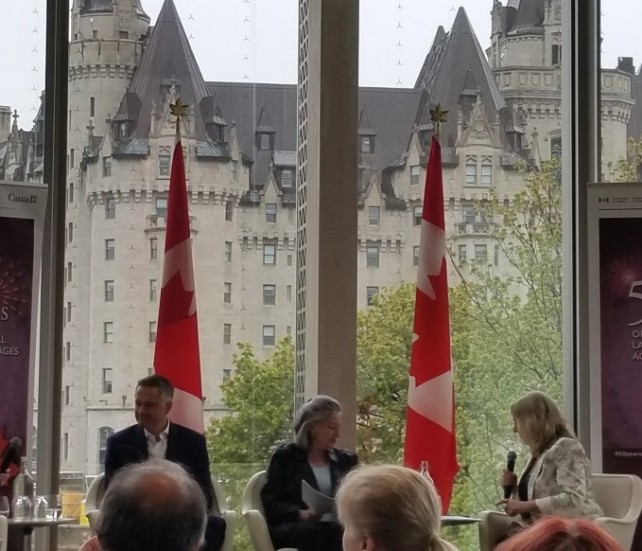 The FFTNL and the Réseau Justice en français took part of the 50th anniversary of the Official Languages Act Symposium in Ottawa on May 27 and 28, 2019

May 27 and 28, 2019, the Fédération des francophones de Terre-Neuve et du Labrador and the Réseau Justice en français took part in the Symposium on the 50th anniversary of the Official Languages Act at the National Arts Centre (NAC) in Ottawa.

This meeting, which brought together more than 500 participants, stakeholders and panelists, was an opportunity to consider all of achievements made during the recent decades in terms of official languages in Canada, and in particular in Newfoundland and Labrador, and to take a look at the vitality of French in minority communities.